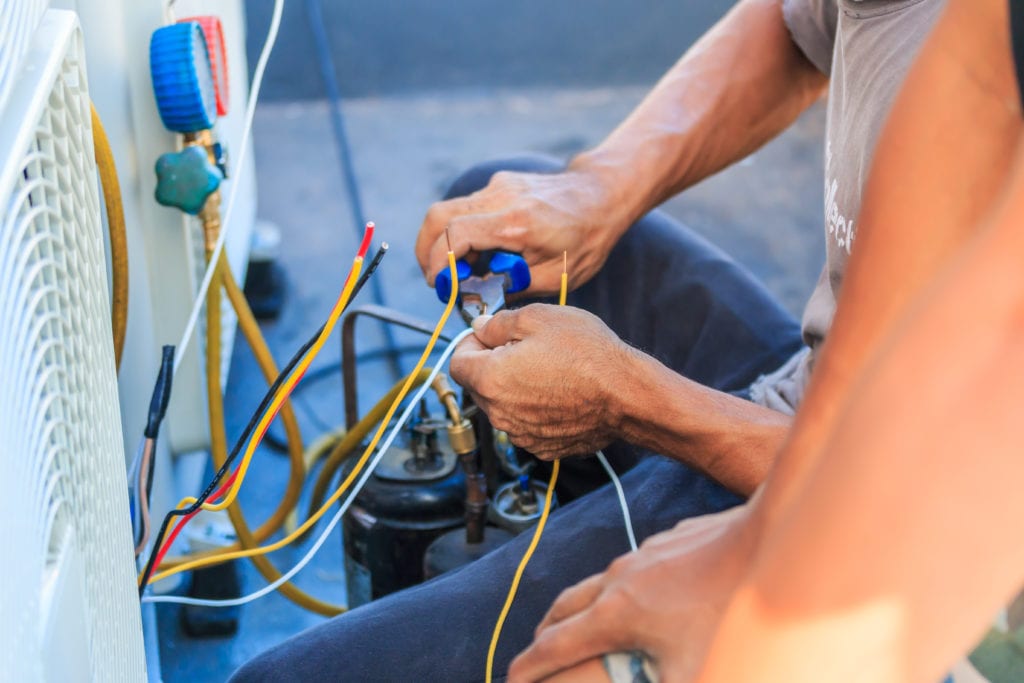 Can you name a time when your air conditioning system broke down and you thought it was rather convenient? Chances are, the answer is no and that’s because we typically rely heavily on our cooling systems during the summer months (and that’s why they tend to malfunction then) and we don’t even think about them at all during the colder months of the year. Well, if you want yours to last all season long this year, we recommend keeping a close eye out for the following major signs of a faulty system.

How To Tell If Your AC Is Broken

Now, let’s explore what could be causing these issues.

Do you notice squeaking, squealing, rattling, banging, clanking or grinding noises when your air conditioning system kicks on or while it’s running? While it certainly will make some noise, after all, it is a large system with lots of moving parts, you shouldn’t be hearing any of the sounds mentioned above.

Strange noises could indicate loose parts, malfunctioning nuts or bolts, or worse grinding components that are wearing out. These sounds usually don’t just go away on their own and often require an expert’s skill and knowledge in order to diagnose and fix the problem while the system is still salvageable. With that said, if you hear any foreign noises coming from your cooling system, call in a pro right away!

2 – The Air Conditioner Turns On And Off Too Soon

If you have your system set properly and it tends to turn off before the house is cooled down, or turns on while it seems to be quite cold in the house, you could have a problem on your hands. Luckily, in many cases, the thermostat just needs to be reset or recalibrated and you won’t need a complete system overhaul.

However, if you’ve got a brand new thermostat or it has recently been serviced, it could be a whole host of other issues. Either way, we recommend calling in a pro sooner than later.

3 – Warm Air Is Coming Through The Vents

If your system kicks on and you feel warm air spilling out of the vents, rather than the cool air that should be coming out, check to make sure your system is actually set to “cool” rather than “heat.”

If the settings seem to be correct and the system is still kicking out warm air, it could mean airflow is restricted (which is a common result of a dirty or clogged filter) or that there is a problem with the compressor. If neglected, this problem can cause your AC to break down prematurely.

Similar to the issue mentioned above, inadequate airflow is another common air conditioning problem. Check to make sure your air filters are clean and make sure the outdoor unit has at least 3 feet of clearance from anything that could restrict airflow (bushes, plants, dirt, leaves, etc.).

5 – Water Is Pooling Near The System

There are two common causes that would make you think the system is leaking: a broken or blocked drain tube or a refrigerant leak. Both issues can be fixed relatively quickly and easily if tackled right away, but if either scenario goes undetected for a longer period of time, it could cause major system problems down the road.

Getting a whiff of mold or mildew, or worse, each time the system kicks on? This often comes as a result of a lack of proper maintenance which can cause bacteria and other harmful toxins to build up within the components. A lack of maintenance once again can lead to a whole host of problems with your cooling system so we recommend doing whatever it takes in order for you to remember to schedule regular maintenance visits from a professional!

Call (803) 302-3350 to speak with an AC replacement expert at Love Plumbing, Air & Electrical today. Our air conditioning experts have the tools and experience for all your Columbia AC replacement and new installation services.

Original Price$99.95
Instant Rebate-$10.00
Sale Price$89.95
What you get from Love Plumbing, Air, & Electrical:
• We will come to your home
• Diagnose the problem with your A/C system
• Present personalized solutions on what to do next
• If we do the work we will waive the diagnostic charge!
• 100% satisfaction guaranteed
• NO service call fees. NO dispatch fees.
(803) 353-1238